Together with a whole bunch of brilliant people, we brought Stravinsky’s Rite of Spring to Peckham Multi Storey Car Park, in London. There was an education workshop, an orchestra of 100 players from all around the country, a DJ set from Gabriel Prokofiev, a sculpture park, and a Very Nice Bar. That sold Campari. It’s still there. A thousand people came.  Jack Farrell took pictures, and they look like this: 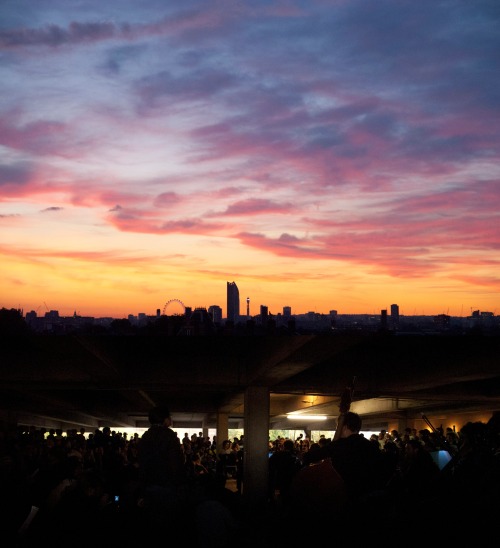 Richard Morris of the Times called it the ‘most exciting development in classical music for decades, if not centuries’, while The Arts Desk wrote that the sounds ‘rumbled out over London as if only now under the low concrete ceiling were they finding their true voice’. They must have liked it.

You can find more documentation of the project over at the site, and scour the web for the many echoes of excited bloggers and tweetahs. Thanks to mo peeps Ed Irwin-Singer, Chris Stark and Kate Whitley, Bold Tendencies, Nonclassical, Frank’s Café, and aaaaaall the individuals involved.

In other news, we did another Carmen Elektra night. More operas, dance music and warm tinned beer, this time in a big condemned warehouse on the edge of Cambridge. Click here for pitchas & reviews.